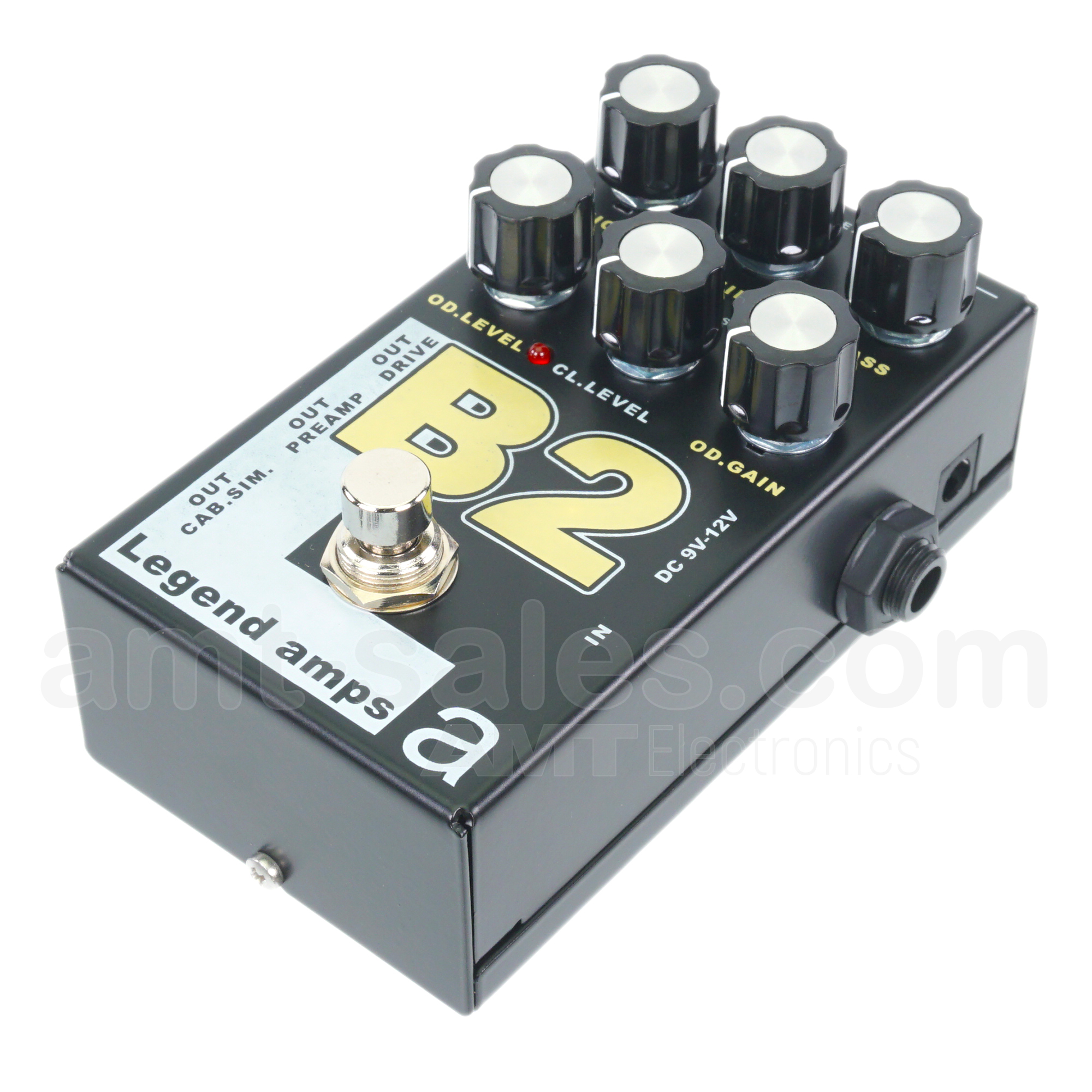 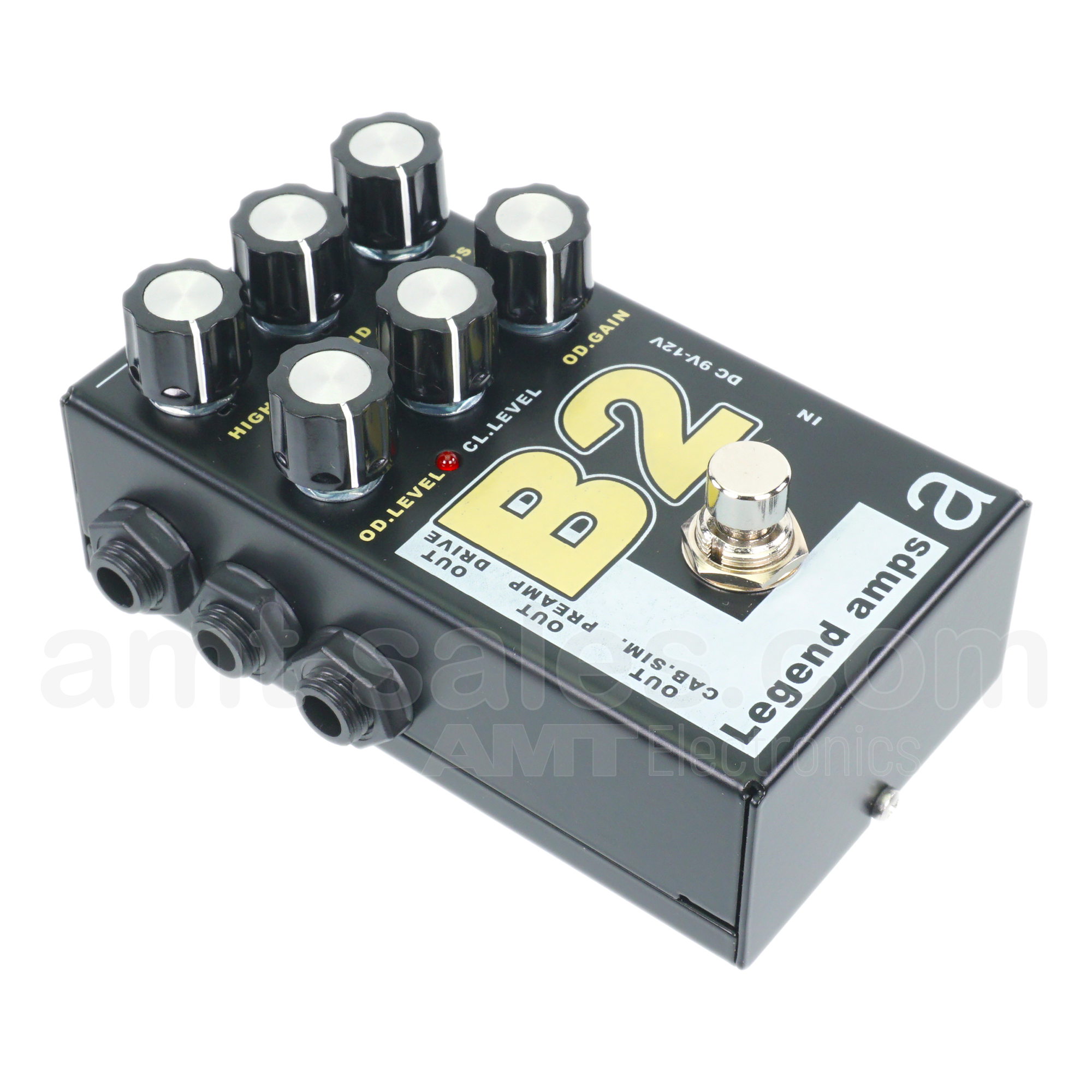 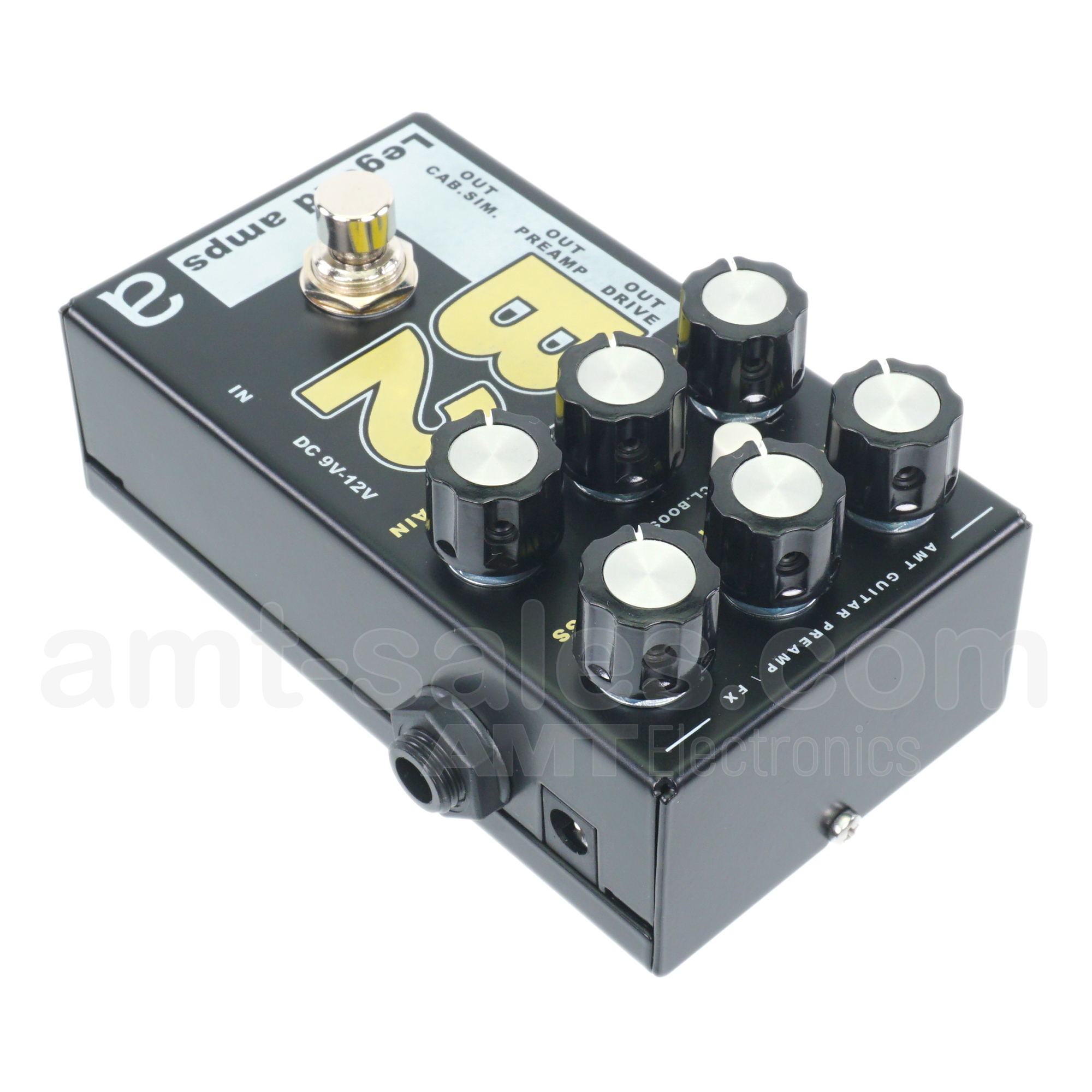 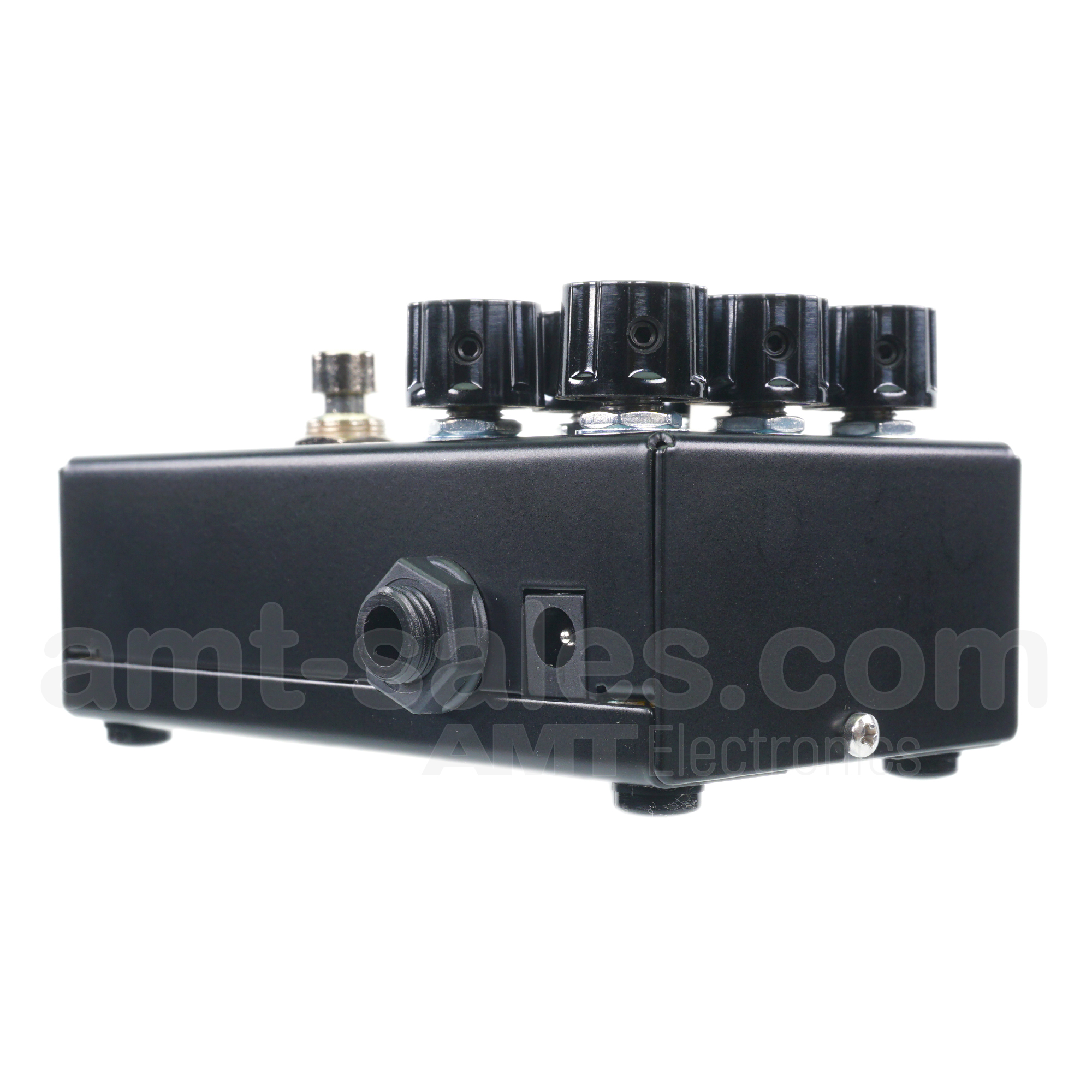 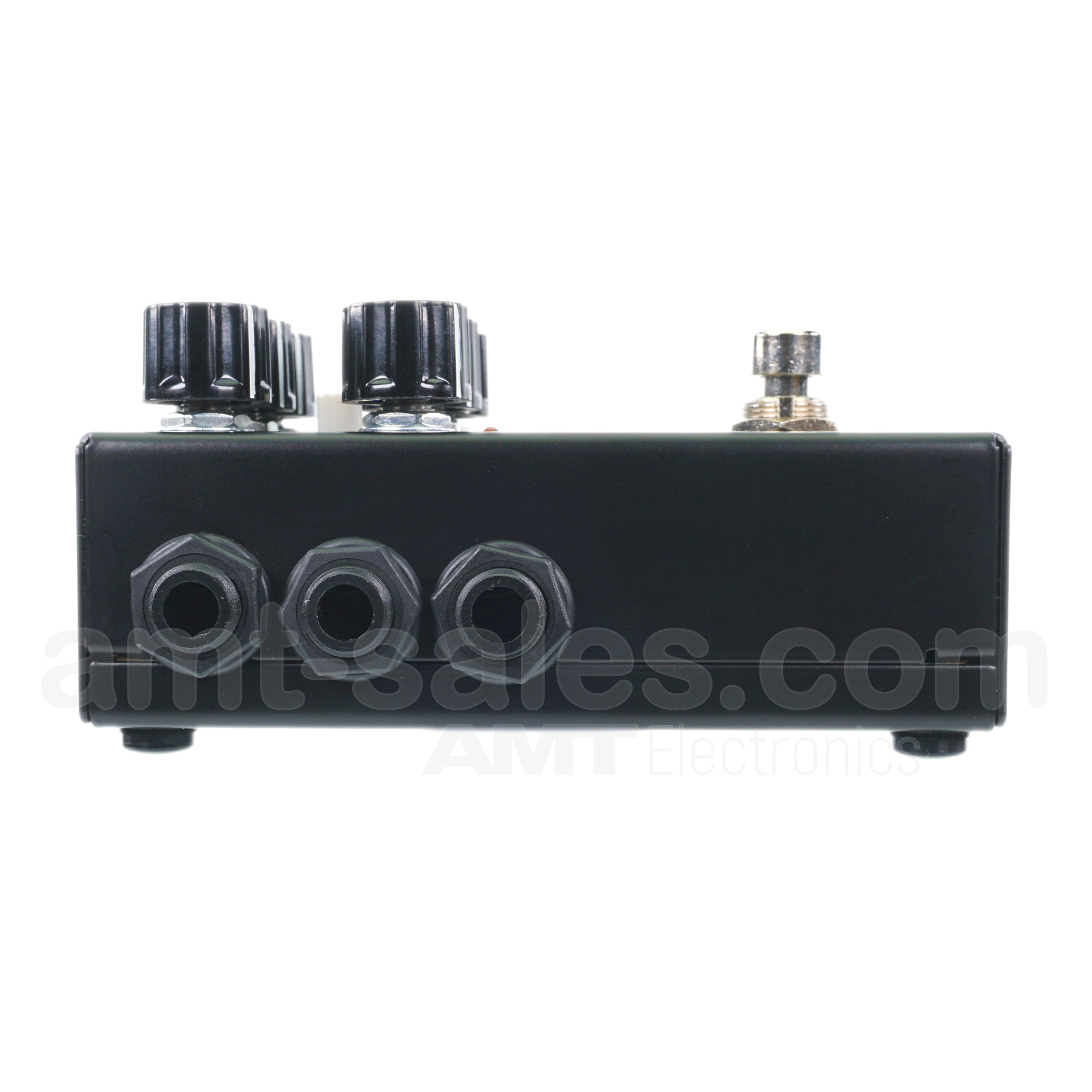 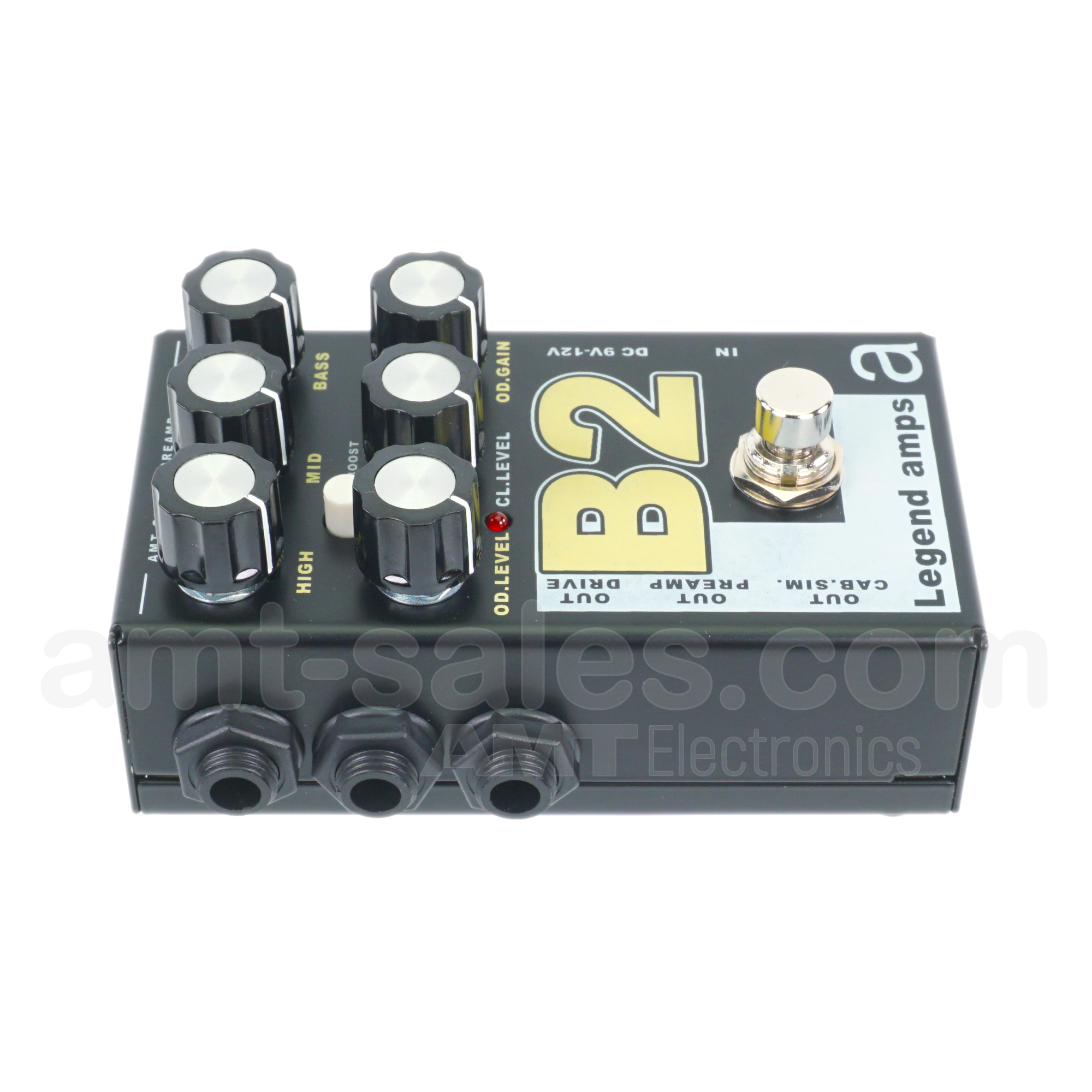 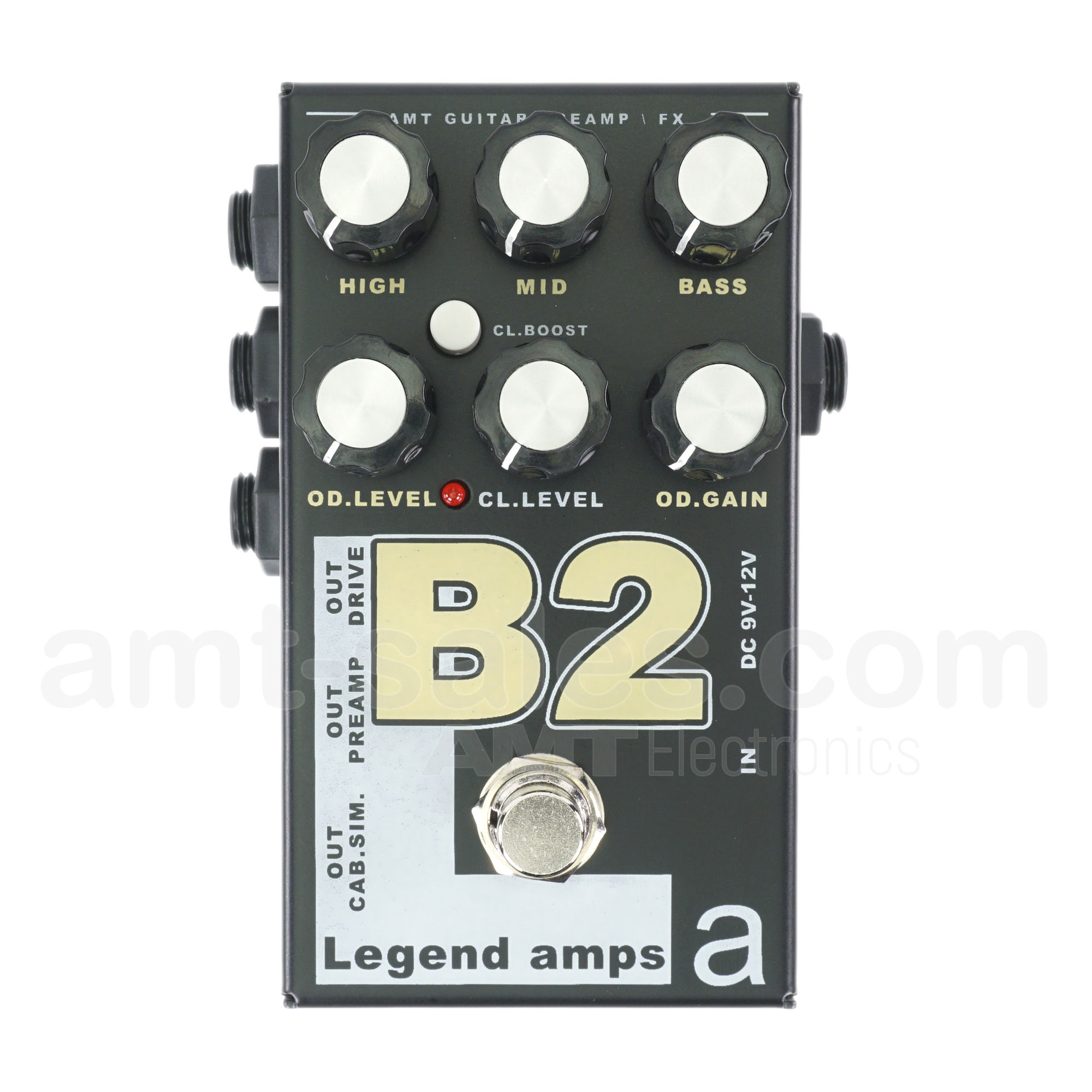 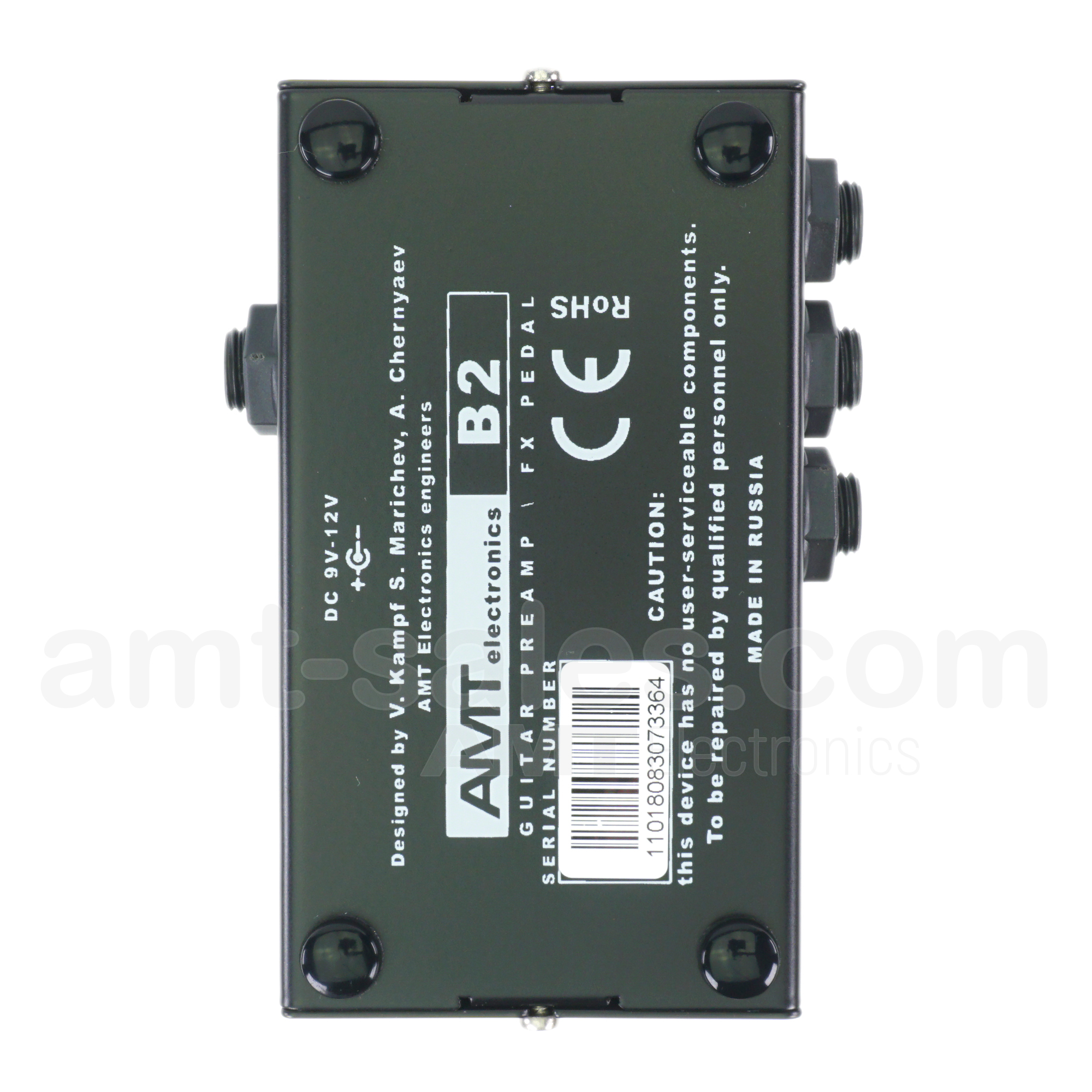 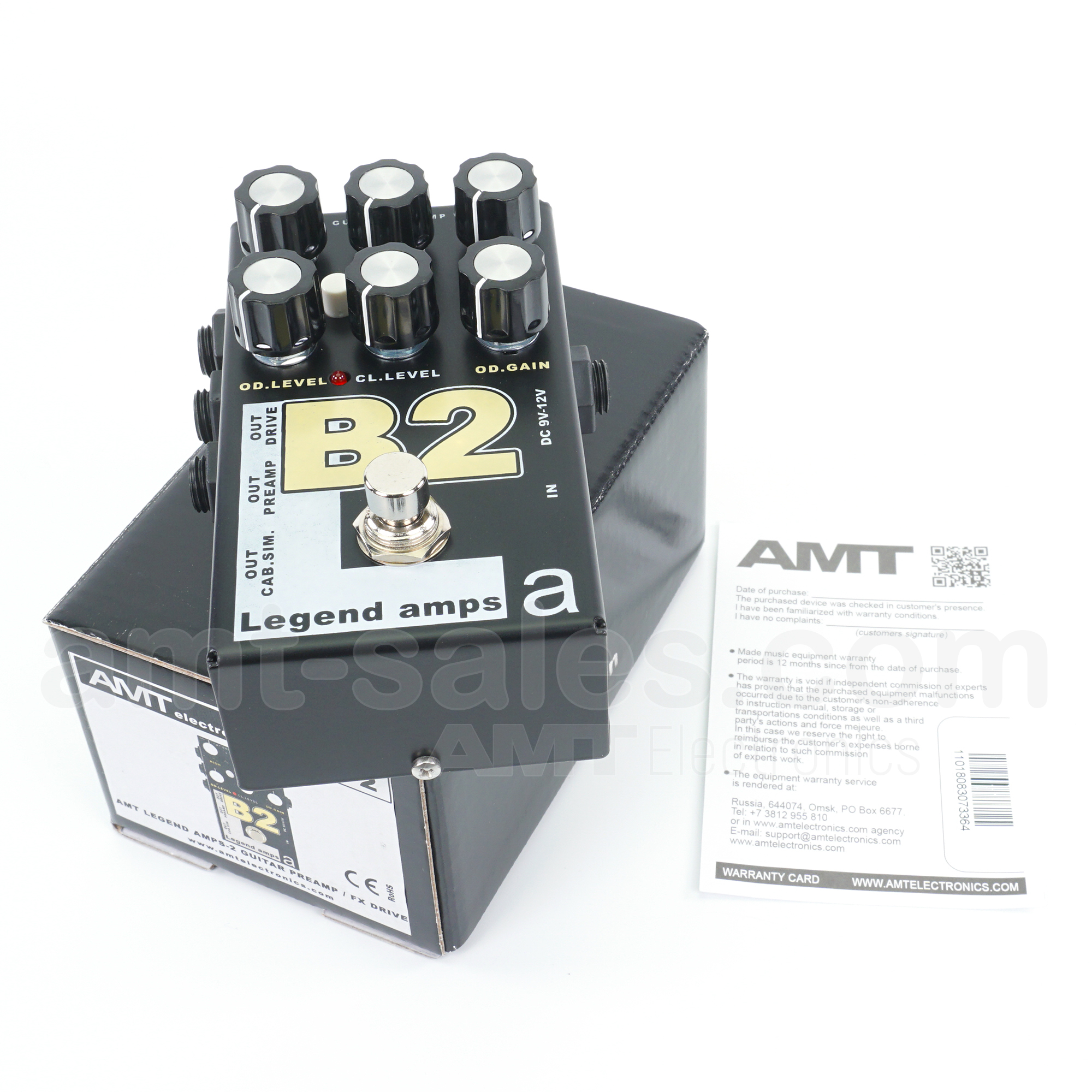 B2 represents the response, characteristics, gain, and tonal nuances similar to that of Sharp channel of Bogner Amplifiers that is famous for its contemporary slightly refined but at the same time fascinating high-gain sound.*

Battery Power:
Yes, the battery 6LR61 (9v)
Dimensions:
56/77/113 mm
Input consumption current (mA):
6
It is for electric guitar:
yes
Material:
steel
Number of channels:
2
Operating mode:
preamp / overdrive pedal / cabsim (possible to use at the same time)
Power supply included:
no
Power Type:
DC adapter
Range of operating voltage (V):
9-12
The polarity of the power supply connector:
minus is inside, plus is outside
URL of the product on the official website:
http://amtelectronics.com/new/amt-b2/
Weight:
0,31 kg