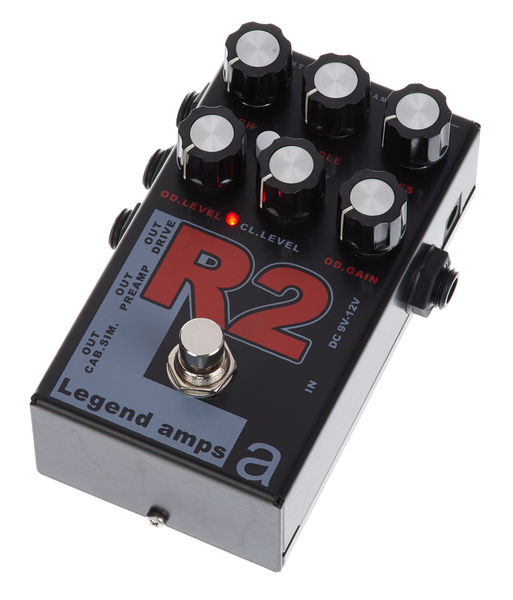 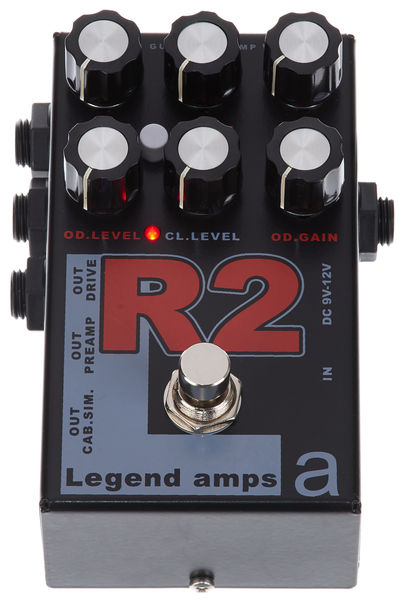 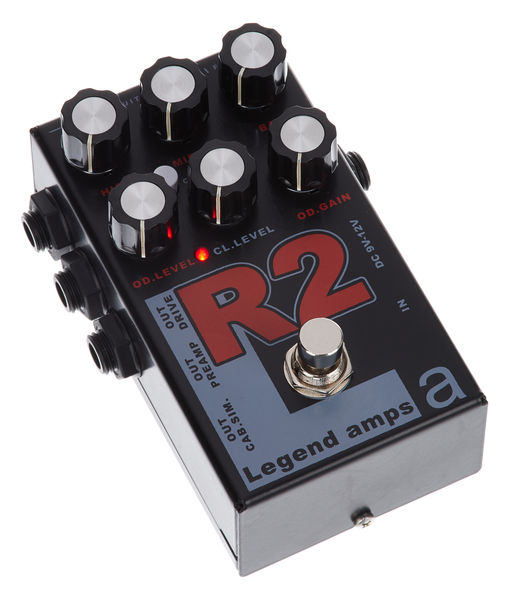 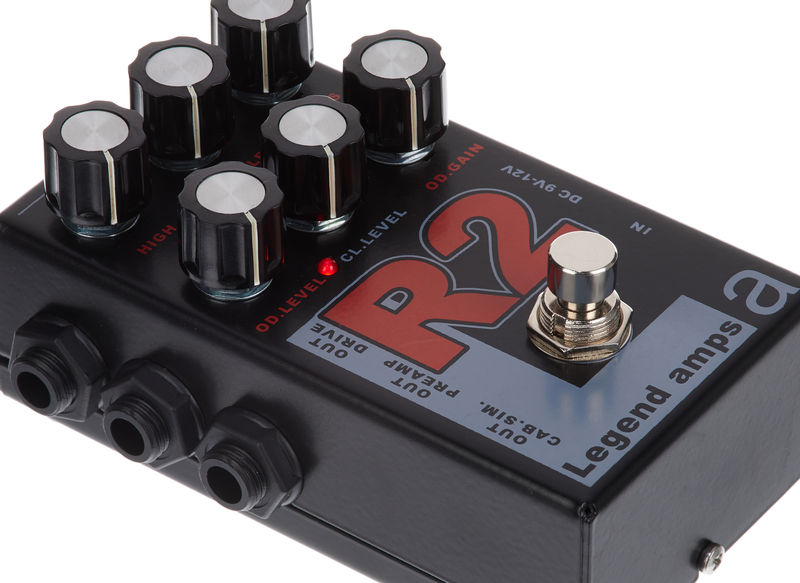 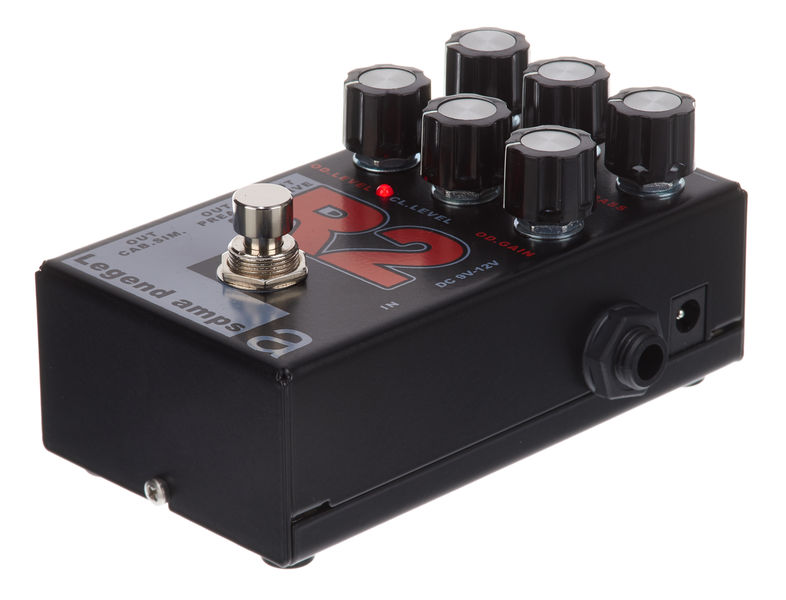 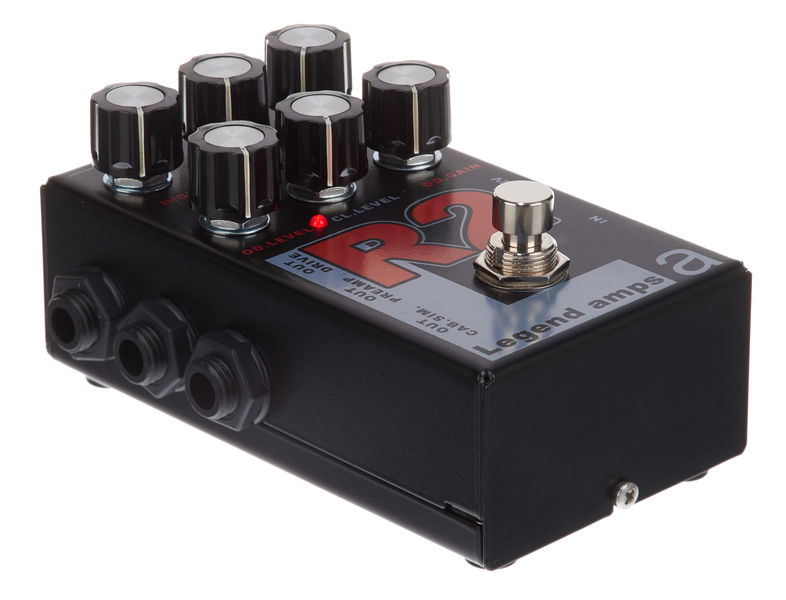 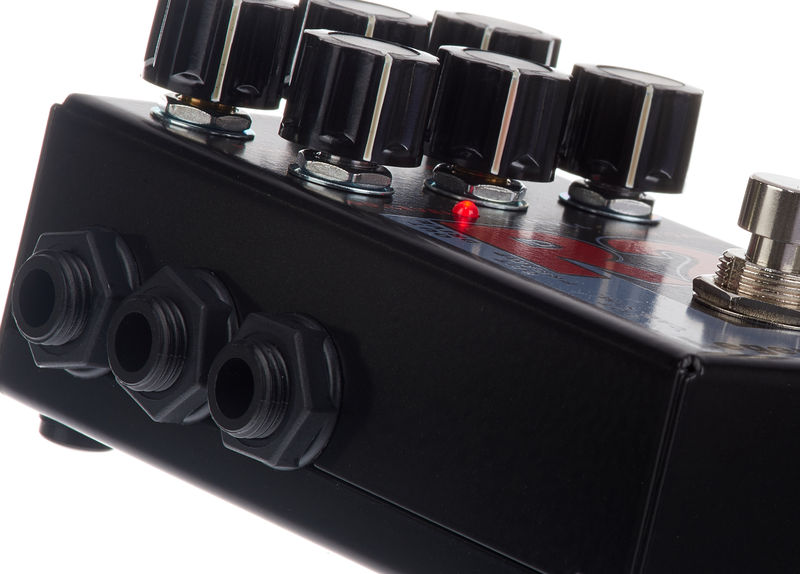 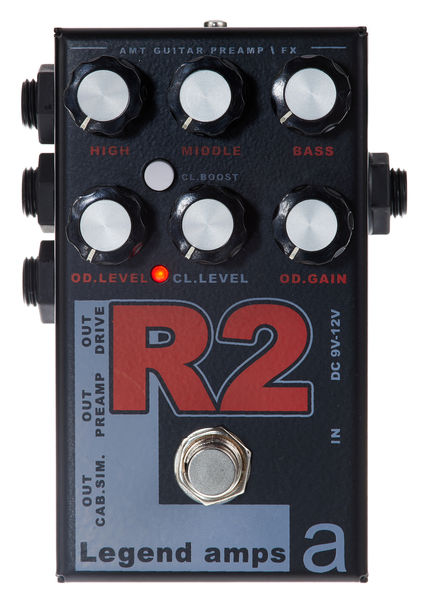 Rectifier series amps by Mesa / Boogie is yet another benchmark in modern sound that simply cannot be ignored. A close relative of Soldano, it nevertheless has its own special character, the main features of which we tried to implement in R-2.*

Read the review of the R2 at www.bonedo.de

Battery Power:
Yes, the battery 6LR61 (9v)
Dimensions:
56/77/113 mm
Input consumption current (mA):
6
It is for electric guitar:
yes
Material:
steel
Number of channels:
2
Operating mode:
preamp / overdrive pedal / cabsim (possible to use at the same time)
Power supply included:
no
Power Type:
DC adapter
Range of operating voltage (V):
9-12
The polarity of the power supply connector:
minus is inside, plus is outside
URL of the product on the official website:
http://amtelectronics.com/new/amt-r2/
Weight:
0,31 kg